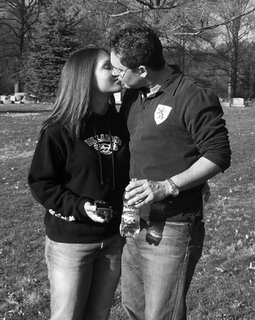 Alfred and I went Geocaching Thursday after work. It was actually kinda fun. I'm glad he has something new to enjoy with his friends. I have a list of a few other ones that we can do. I was planning on doing it today, but his car is acting up and it won't start. He's stranded at the gym at this very moment, but he says he doesn't want me to come get him, because he'll just call AAA if he can't figure something out.

I have a couple of interesting news stories that I found over the past couple of days. The first one has to do with prayer. What a great story! The second one is about meat. I don't know whether to be scared or excited about it. I think I'll be excited! Home grown meat, yum! And no harm done to animals. I wonder if PETA will be for or against this?

(Snakes on a Plane!)


Prayer for the ill may do more harm than good


NEXT time you're sick consider asking your loved ones not to pray for you.

A study of more than 1800 patients who underwent heart bypass surgery has failed to show that prayers said for their recovery had any impact. In fact, some of the patients who knew they were being prayed for did worse than others who were only told they might be prayed for.

The praying was done by three Christian groups. It started on the eve of or day of surgery and lasted for two weeks.

In the third group, who knew they were being prayed for, 59 per cent had complications.

After 30 days, however, the death rates and incidence of major complications was about the same across all three groups, said a report published in the American Heart Journal.

The study was designed only to try to measure the impact of intercessory prayer on heart surgery patients, not to address the existence of God.

Most patients believed in spiritual healing and thought friends or relatives would be praying for them as well.

The authors warned it might be impossible to disentangle the effects of study prayer from background prayer, and said a possible limitation was that those doing the special praying had no connection with the subjects.

"Private or family prayer is widely believed to influence recovery from illness, and the results of this study do not challenge this belief," the report concluded. 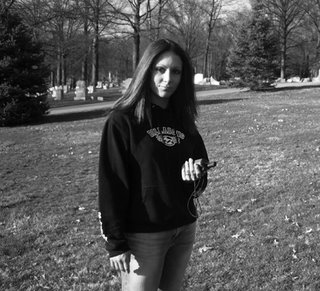 Scientists are trying to develop an industrial process that grows meat tissue from a few cells in a lab – or even at home, in a device like a bread maker.

Instead of being cut from a farm animal, the beef, pork or chicken would be grown in incubators from a few starter cells, a growth medium and some hormones to get the cells to divide.

The first attempts by scientists who grow animal muscle tissue in the lab have been small in scale. But researchers are looking forward to the day when meat could be cultivated in industrial bioreactors or even in a device sitting on a kitchen counter.

"Right now, the scale that's being used in the research is about one-half of a litre for ... the incubator the muscle is grown in," said University of Maryland researcher Jason Matheny.

He said a device similar to a bread maker could one day be used to manufacture meat in the home.

Matheny said muscle produced in an incubator could have reduced fat content, and the process would do away with problems such as bacterial contamination and mad cow disease.

While he hasn't tasted engineered meat himself, Matheny said others have.

"It has the taste and texture resembling the ground meat products that are already available," such as hamburger or chicken nuggets, he said.

"Producing a steak or ... a whole chicken breast is a much more difficult task, technically," said Matheny.

Researchers in the Netherlands have grown mouse meat and are now working on pork. Australian scientists served grown frog muscle tissue with apple brandy sauce at an exhibition in France in 2003. They said the meat tasted like jelly on cloth.

American researchers, funded by NASA, grew goldfish meat in 2001 as part of an experiment to see if fish could be grown to feed astronauts on long space missions.

While the idea of growing meat for space travel is fairly common in science fiction novels, NASA has since pulled funding for lab-grown meat.

Vladimir Mironov, a tissue engineer at the Medical University of South Carolina, said NASA's decision cut off an important source of funding for his work.

Mironov said producing cultivated meat could be difficult to achieve and expensive in the short term. People would have to pay more for cultured meat than for the genuine article.  ¶ 1:46 PM 0 comments

Sunday, March 26, 2006
Books, Books, Books I was going to update my profile page to include some of the books I like, but I realized that I can only put titles with commas, that's so blah. I like to write more than just titles, so I thought I'd make a post about books today.

Let me start by saying that I like anything by Neil Gaiman and everything by Richard Laymon. These two top my list for the time being and until I find someone better. It's gonna be hard to top those.

Richard Laymon is a horror writer that unfortunately passed away on February 14, 2001. His writing is shocking. Reading his stories makes you go to the place in your mind that you are ashamed to go, and then you realize that you are not alone .This man must have gone there too...and he was bold enough to write about it.
Richard Laymon's Official Site
Neil Gaiman is amazing in his ability to write a creative captivating fairytale for adults. I love his work, and I look up to him as my favorite author. Read American Gods, if nothing else. It's a great road story. If you can't possibly read an entire novel, then please pick up Smoke and Mirrors: Short Fictions and Illusions at the library and read "Murder Mysteries." It's very short, only about four pages. That story should make anyone a fan.
Neil Gaiman's Official Site

My favorite book of all time is called Songs of Earth and Power, by Greg Bear. This is the only book of this size that I have read through thrice and enjoyed each time. It is actually a combination of two earlier books called The Infinity Concerto and The Serpent Mage. Mr. Bear consistently references so many literary and musical works, this must have taken an amazing amount of time to research. It's a beautiful story that makes you believe in elves, and they aren't as nice as you might have thought! Greg Bear is a science fiction writer, this being a fantasy, is not his usual fare. I haven't read anything else by him, because I am not as interested as I once was in sci-fi novels.
Greg Bear's Official Site

I love the Sano Ichiro series by Laura Joh Rowland. In 1996 I heard an ad on the radio for a book called Shinju. It sounded good so I picked it up. I've been a fan ever since. She has her Japanese historical accuracy nailed down, but at the same time the characters are enjoyable enough to keep you reading book after book. Reading these novels will transport you to the Edo period in ancient Japan, a dangerous time when honor was literally everything.
Laura Joh Rowland's Official Site

I really enjoyed Lamb: The Gospel Acoording to Biff Christ's Childhood Pal.
This is a comedy by Christopher Moore about the adventures of Jesus, as told by his not so holy or popular best friend, Biff. I found this story so endearing, it made me think more highly of Jesus the man. Sadly I also really took a liking to Biff, too bad he was fictional. Although this book isn't meant to offend anyone, if you are easily offended and religious it might not be for you.
I've read The Stupidest Angel, which I also recommend, and I plan to read a few more of his books before it's all over with.
Christopher Moore's Official Site
¶ 9:08 PM 0 comments